First off, apologies to Toronto Desi Diaries readers, for my inconsistent posts lately.

I was juggling at least half-a-dozen projects and these blurred my priorities and tested my resilience. Suffice to say, I did not emerge from it all unscathed. I am emotionally exhausted.

Which brings me to the conversation I had with a remarkable woman a few months ago. 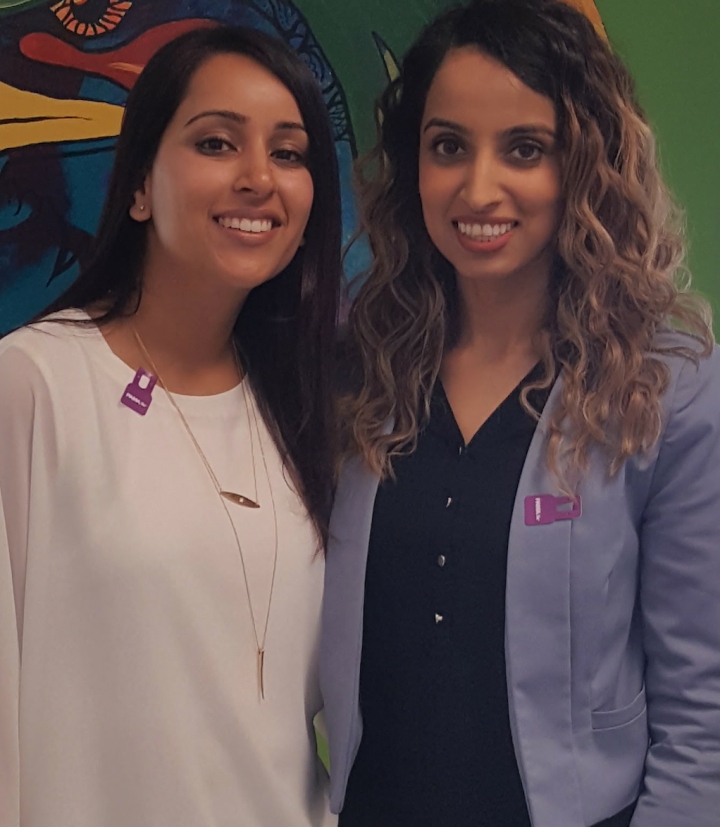 In 2015, Jasmeet and Maneet Chahal, 28, a nurse as well, started SOCH (Supporting our Community’s Health), an initiative to educate the South Asian community in the GTA about mental health.

Jasmeet and I talked about self-care, and how it was important for folks— caught in the frenzy of life—to take time to recharge, refuel and reset their emotional wellbeing.

“SOCH has a lot to do with our passion for mental health,” Jasmeet told Toronto Desi Diaries. “When Maneet and I work on SOCH stuff, it doesn’t feel like we are working. It’s something that we really want to do. What SOCH has taught us was; we preach self-care but we need to practice it ourselves. So, in a sense, it has been a learning curve for both of us…”

Let’s rewind this story and start from the beginning, shall we?

“Soch” in Hindi and Punjabi means, “thought.” An apt name for a mental health initiative that has strived to tirelessly untangle complex layers about mental wellbeing to the South Asians in Toronto by demystifying terms such as counselling, psychology, depression, physical health and its connection to mental health and more.

The two advocates—who live in Brampton—carve time from their hectic life to host workshops and events while managing full-time jobs and studying for their master’s degrees.

Maneet and Jasmeet, who are childhood BFFs, said SOCH was borne from the realization that even after being in the system for five, 10 or more years, many South Asians had no clue about the resources available to them or tools they needed to manage their symptoms. Worse still, there was no culturally relevant information available to family members, who helplessly watched their loved ones suffer.

“SOCH started because growing up both Maneet and I have seen mental health issues within our families and friends,” Jasmeet explained. “As teens and young adults, we struggled on how we could help people navigate the system. And when we became nurses, we thought about how we could help both individuals and families.”

“We wanted to use our knowledge to educate the community on the basics: what’s the difference between mental health and mental illness, how do you access the system? How can you get help? etc.”

The Brampton duo were the proud recipients of the Brampton Board of Trades’ 40 Under 40 for 2018 for their work.

In this photo, Maneet Chahal, 28, and Jasmeet Chagger, 28, (R) co-founders of SOCH celebrate Maneet getting a nursing research award for her thesis. SOCH (Supporting our Community’s Health)is an initiative that educates South Asians in the Greater Toronto Area about mental health through workshops and events. Photo courtesy SOCH.

So, what does SOCH do?

When they first launched, they wanted the topics to resonate with the South Asians as well as the general population. With some help from LAB-B co-founder Harman Grewal, Maneet and Jasmeet found a physical address (LAB-B) from which they could host the information sessions.

The workshops are designed to be more facilitator- style than lectures.

In Feb. 2017, SOCH did its first South Asian-focused event and took the conversation into the Gurudwaras. Since then, the sessions are held in Punjabi/Hindi.

“Instead of presenting a deck, we try and get the audience engaged by asking questions, listening or having them discuss a topic or issue amongst themselves first and we fill in the gaps,” Maneet explained.

“There’s a negative connotation with mental health,” Maneet explained. “Through SOCH we are trying to promote that everyone has a mental health and you can take steps to take care of your mental health and by practicing self-care, people can prevent themselves from reaching the rock-bottom.”

Maneet and Jasmeet shared a few insights they had learned as mental health advocates.

“Change takes time and it’s not going to happen overnight,” Jasmeet said. “We noticed, the community does want to talk about mental health. For example, we did a One Brave Night initiative where we partnered with the Sikh Heritage Museum. We had over 100 South Asians. People were telling their stories, crying and supporting each other. The key thing to remember is people do want to talk about mental health, they just need a platform.”

One Brave Night, an initiative by the Centre for Addiction and Mental Health (CAMH) happens during April. Participants stay up all night to experience what someone with mental health challenges is going through.