Details: DhamalMasti Group (DMG) will host its annual Navratri celebrations at the Hershey Centre, 500 Rose Cherry Pl. in Mississauga from 7 p.m. until midnight. Cost of tickets is $20/person and can be purchased at the door.
Contact: Here

Event: Monster Rock Orchestra
Details: With the far-out sounds of a rock band and classical instruments of an orchestra, the unconventional Monster Rock Orchestra (MRO) will deliver rock and pop hits from the 70’s, 80’s, 90’s and today at a spectacular free concert at Yonge-Dundas Square at 7 p.m.
Contact: Here

Event: Diwali Raazmataaz
Details: Indo-Canada Arts Council is bringing Diwali celebrations to the “Square.” Event will have elements of Dandiy, Dusherra and Diwali and takes place at the Celebration Square in Mississauga at 5 p.m.
Contact: Here

Event: Piya Behupriya
Details: Soulpepper Theatre, will present Company Theatre’s (India) Piya Behupriya (Twelfth Night) Oct. 27 to 29. Amitosh Nagpal has translated the work of Shakespeare into Hindi. Since it was introduced at Shakespeare’s Globe in London, England, this Hindi musical adaptation about romance, mistaken identity, love and unrequited love has wowed the audience world over. Show will take place at the Young Centre for the Performing Arts, 50 Tank House Lane, Toronto.
Contact: Here

Note: This is just a few of Navratri and Diwali events happening in the Greater Toronto Area this year. There are lots of others happening, unfortunately, given the resources, It was impossible to list them all.

So, when the presser about North York’s Ayaz Virani found me, I read it with more than cursory interest.

It’s not everyday a South Asian singer wins a coveted prize for his original work, a mellow pop/soul number with undertones of R&B.

Before, I ramble on, let me introduce the man whose song–Take it From me– strikes more than a chord with listeners. It has a “It” factor.

I am about to make this entire blog irrelevant by suggesting people hit play on the video now.

Recently, a panel of musicians and music industry experts chose Ayaz as the 2016 recipient of the Emerging Artist Music Mentorship Program, courtesy, a Canada’s Walk of Fame initiative.

Ayaz will receive $25,000 worth private studio recording time, introduction to an already established artist, face time with executives and get couple of opportunities to perform.

Here’s where his win gets more impressive. The panel received more than 350 hopefuls from coast-to-coast.

Ayaz grew up listening to a medley of musical styles as a result of Toronto’s multicultural vibe: Bollywood, ‘70s soul music, hip-hop and more

“The passion for music was always there, but I ignored it,” he said. “I am happy, I am now taking charge of my life.”

Yes, this story, like others narratives featured in this blog is about to meander down a predictable path: a young man (Ayaz), brimming with potential, abandons his artistic interests to pursue a profession worthy of his immigrant ancestors.

Childhood was all about playing soccer, attending math programs (outside of school) and performing at myriad cultural shows South Asian parents invariably drag their kids to.

After high school, he put his music away in cold storage and switched tracks with a B.Sc. in human kinetics from University of Ottawa. This path, he hoped would lead to him becoming a physician. Three tries later, Ayaz managed to pass the stringent MCAT (Medical College Admission Test), but was told, he was eligible to pursue medicine in Ireland, not Toronto.

That sobering news woke him from his reverie and self-imposed musical exile.

“I finally came face-to-face with my reality,” Ayaz told Toronto Desi Diaries on his lack-lustre interest in medicine. “Music is all I wanted.”

His parents surprisingly were supportive.

“South Asian parents want us to take these classic routes because of all that they sacrificed to bring us to this country and the opportunities they let go,” he said. “To them, that (engineering, medicine, accountancy) degree is about stability. My grandfather was an accountant back home (Dar-es-Salaam, Tanzania), who brought his family to Canada in 1972 and worked as a janitor here for pretty much the rest of his career…”

The perfect storm of emotions

Take it From me, is a pure sublime melody wrapped in insightful words. Ayaz’s voice oozes pure Maple syrup. The guitar accentuates the singer’s velvety cadence and is just right, not overwhelming, nor too timid. In this song, Ayaz serenades the listener. He observes, he muses and questions love. 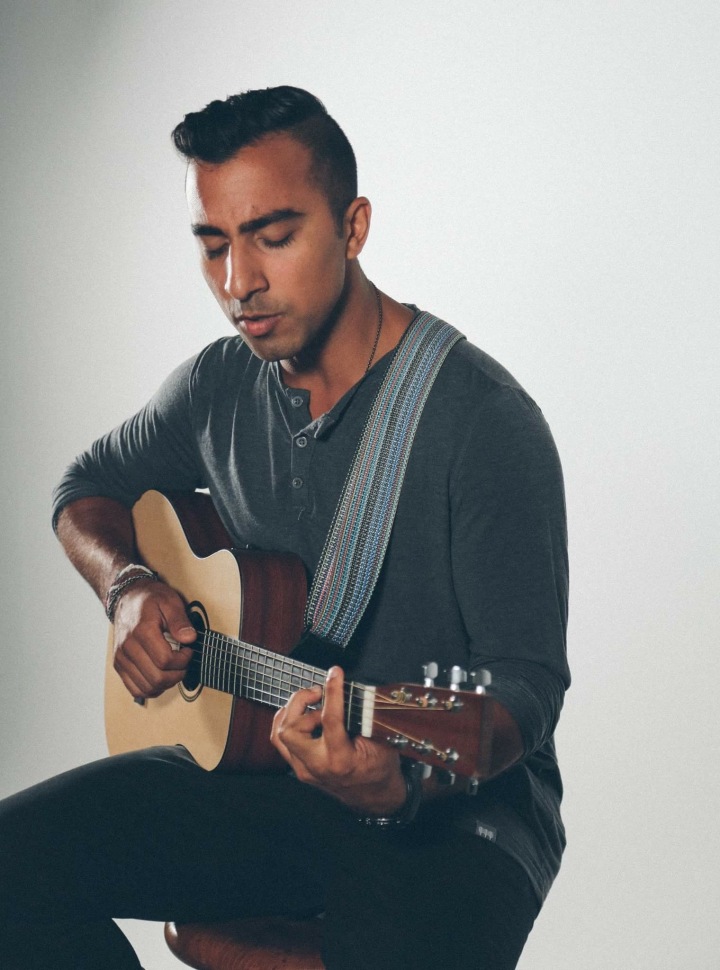 “This song in particular poured out of me,” he admits. “Sometimes you feel something so intensely that there’s nothing else you can do, but release it.”

The girl that broke the floodgates of the artist’s creative energy happens to be Ayaz’s current girlfriend, who at that time, decided to get back with her “ex.”

The rest, is still unfolding.

You can catch Ayaz as he opens for Juno-nominated Matt Dusk with jazz/blues artist Florence K, Sept. 21 at Mod Club, 722 College St. Tickets are $30/person.

Then, on Saturday, Sept. 24, he along with other finalists from Canada’s Walk of Fame’s emerging artist music mentorship, will perform noon to 2 p.m. at Yonge-Dundas Square.