We all have moments when our life’s work needs validation.

For desiFEST’s founder/ artistic director Sathish Bala, the moment came five years ago, albeit with a price.

For years, Sathish—the rebel/disruptor—had resisted the path his family hoped he would chase (Engineering). Instead, he struck out and decided to kick-start a free music concert in Toronto (Yonge-Dundas Square). This music was far cry from the classical Carnatic ragas that courses through the vein of every South Indian. 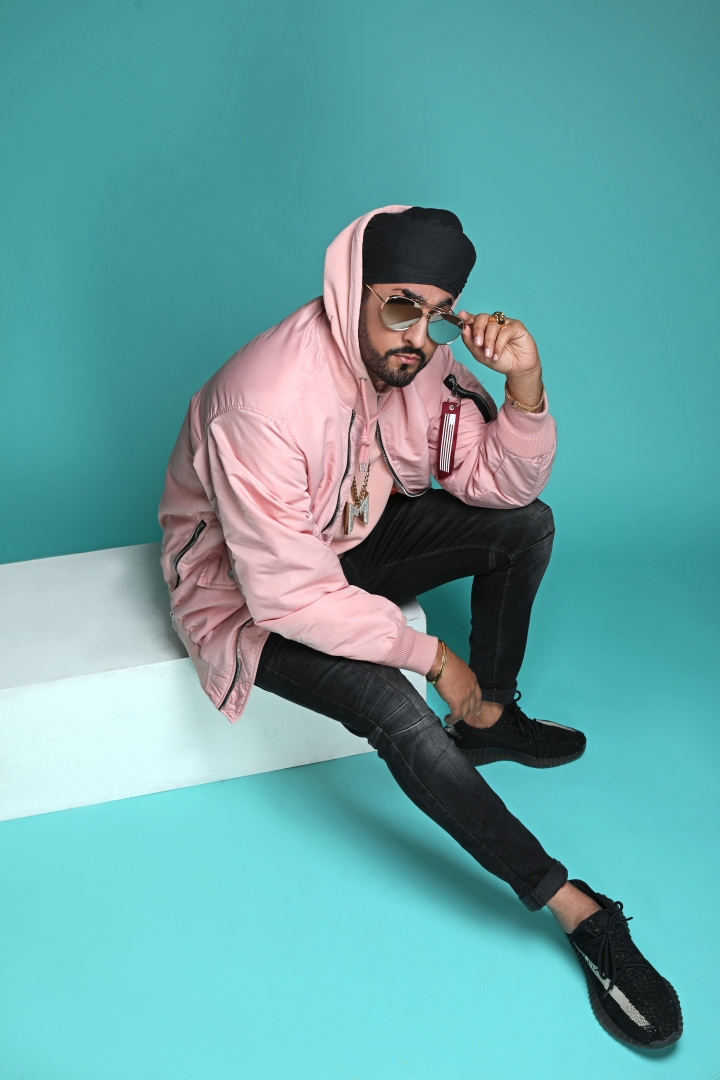 Manjeet Rai, aka Manj Musik, an internationally-renowned singer/songwriter/composer known for his Bhangra and Hip-Hop infused music will perform at the 2018 desiFEST, June 2. Supplied photo

It was Hip-Hop, Reggae, rock, Bhangra-fusion, and other genres that his traditional South Indian family did not understand.

Sathish’s dad was an engineer. The apple turns out fell far away from the tree. Disappointment festered between father and son over his career (music).

Time went by and the strained relationship continued. Over time, desiFest found its feet in the multicultural cauldron that is Toronto. As Sathish’s name began to appear in the media, his father slowly came around. The critic became his son’s cheerleader. Then, five years ago, one day after that year’s desiFest, Bala Sr. breathed his last.

Sathish came to realize the therapeutic as well as the addictive power of music in his teens when he became a DJ.

“Early in 2000, I joined a club called Bombay Martini where I would spin Punjabi, Bollywood and English music together,” he recalled. “Learning to connect to other cultures through music was a great lesson. From there on, I learned to negotiate with venues and do marketing and advertising…”

All he needed was to connect all of the pieces to a bigger purpose. And that’s how desiFEST happened. 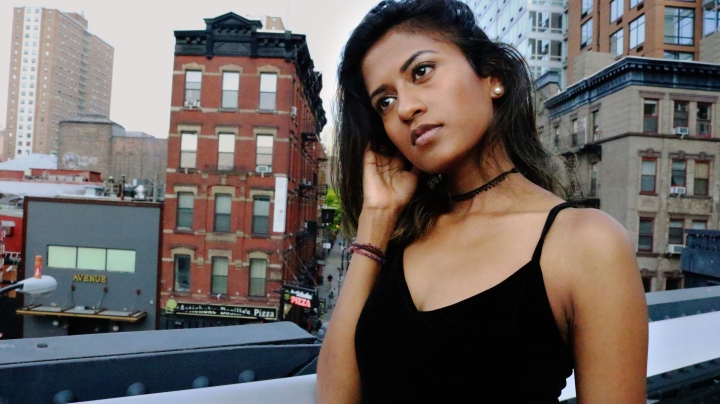 Lady Rolex Rasathy, a Sri Lankan rapper is among those scheduled to perform at the 2018 desiFEST, June 2 at 4:35 p.m. The free music festival runs from 11 a.m. to 11 p.m. at the Yonge-Dundas Square in Toronto. Supplied photo

“I come from a generation of South Asians whose teenage years were influenced by urban music,” Sathish said. “Our original music was fused and we faced challenges trying to find space to display this music. We were by name and sound ‘ethnic’ so mainstream wouldn’t book us either.”

Even though Sathish did not opt to become an engineer, he had a natural flair for entrepreneurship. In 1999, while at the high school, he launched his first company, which he later sold. Since then, he has set up several digital marketing and tech enterprises later scooped up as acquisitions.

Sathish Bala, the founder of desiFEST, hopes the festival will serve as his legacy for the future generation of artists. Supplied photo.

“Our mission at desiFEST is to have a 12-hour conversation with the community through music,” says Sathish, the Indian-born transplant to Canada who came here via Singapore in 1989. “For desiFEST, we look at what are the different reactions we can create within a diverse community. 25 per cent of our audience is not South-Asians, so that’s important as well because they get to experience our culture and learn about our food, music and not just Bollywood, but the version of the next generation.”

There is a bit of Bollywood in desiFEST. The rationale is to display the talents of young artists who have incorporated Bollywood music into their own arrangements and melodies.

Having artists like Abhithi aka Amitha Mundechira a dancer/singer and a physician perform at the concert (1:55 p.m.) is Sathish’s not-so-subtle message to desi parents. He wants to tell them pursuing art alongside a profession doesn’t have to be an either-or situation. When the passion is powerful enough, it will pull you.

The desiFEST is Sathish Bala’s legacy to the next-generation of desis/South Asians in Toronto and elsewhere in the world. He wants them to take it and run with it.

Artists at this year’s desiFEST include Parichay, Divine, The Roach Killa, The Prophec, DJ Prodiigy and dozens of others. Check out their website for schedules. Also performing at the concert is Manj Musik, a singer/songwriter whose Bhangra and Hip-Hop infused work has been creating ripples around the world. 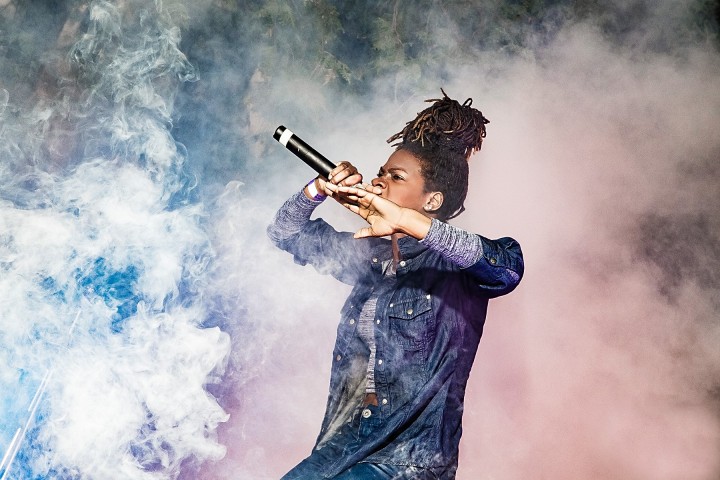 The 2018 MonsterWorldMashup is a two-day festival of music, comedy, and art happening in Brampton June 1-2. Hip-Hop artist Haviah Mighty is one of the performers at the concert taking place June 2 at the Garden Square in Brampton.

Details: The folks that bring the #Bollywood Monster Mashup each year are offering a two-day festival of music, art, spoken word and more in Brampton. The MonsterWorld Mashup runs Friday, June 1, an exclusive ticketed event will feature series of comedy acts, an art show and yes, a secret concert. The action takes place at The Den, Sheridan College, Davis Campus, 7899 McLaughlin Rd. Brampton at 6 p.m.

Saturday, June 2 has the heavyweights such as Movin’ Cool, Stay Out Late, Los Poetas and HANHAN performing on stage at the Garden Square (outside Rose Theatre) at 5 p.m.

“We’re presenting unique acts who represent the changing voices and faces of the GTA,” says Vikas Kohli, executive director, MonstrARTity. “The June 1 launch party will be a unique experience for the audience with Brampton’s first-ever sofar secret concert and side-splitting comedy acts with comedians like Amish Patel, Keesha Brownie, Nitish Sakhuja, Crystal Ferrier, Chris Robinson and Paul Thompson. Most of all, it will be a great time, so join us.”

Details: Now in its 12th year, desiFEST is a free event and is the largest South Asian Music Concert, taking place on Saturday, June 2 at Yonge-Dundas Square in Toronto from 11 a.m. to 11 p.m.
Contact: 2018 desiFest

Event: Through Her Lens

Details: A photo exhibit celebrating women of colour will take place at the Chinguacousy Library and Civic Centre, 150 Central Park Dr. in Brampton at 8:30 p.m.
Contact: Through Her Lens

The idea is to increase awareness and education about anxiety and how it can be treated. These interactive workshops will take place in both English and Punjabi.

Details: Pukaar News UK will be hosting the first-ever Toronto Curry Awards from 6 p.m. until midnight at the Holiday Inn Toronto International Airport, 970 Dixon Rd., Toronto, ON M9W 1J9.
The awards will celebrate this rich heritage of curries to highlight the finest examples of South Asian cuisine and praising the restaurateurs dedicated to serving up our beloved curries.
Contact: Toronto Curry Awards

The 2018 IIFSA Toronto taking place has a mix of commercial as well as arthouse films.

This year’s festival will include some 150 films in 15 languages, 50+ events across the 7 cities in the GTA over 12 days. Whew! That’s something.

Sunny Gill, the founder/president of International Film Festival of South Asia (IFFSA) Toronto was not an avid fan of films or music until five years ago?

Fate—and opportunity—threw Gill into taking on the helm at what he says is “one of the biggest film festivals in North America and the “voice of South Asians in Toronto.”

“I have always considered myself as a non-filmi person,” said Gill, an engineer/MBA professional. “I had not attended any film festival anywhere when we launched the IIFSA. So, when drew the blueprint, we did it from an audience perspective, but over the years now, we have learned that festivals are not just about a song and dance but they have to give certain values to the stakeholders and so that’s why we have the ‘seriousness’ of a festival.”

IFFSA Toronto runs May 10 to 21 across the GTA and celebrates more than 150 films in 15 languages.