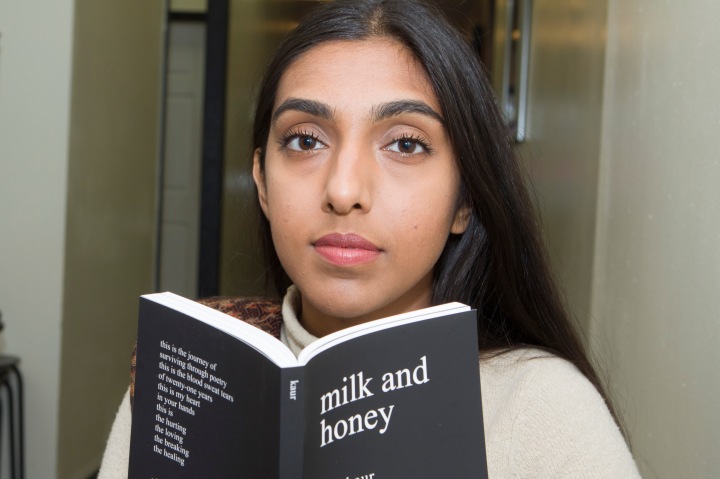 If you’re a writer/poet/artist of the audacious kind, a thick hide is an absolute must, right?

Some years ago, a column of mine on online trolls, especially the racist, homophobic and anonymous variety, didn’t sit too well with the very folks. Since the lowlifes couldn’t handle the truth, they ambushed me online and spewed vitriol. It wasn’t pleasant.

So, I get why Rupi Kaur went numb in the aftermath of reactions she received for an art project of hers. The post went viral and while many applauded her, some that couldn’t handle her voice, tried to silence it with death threats.

Rupi wears her grace, intelligence and her I-don’t-give-a-damn attitude well. Simmering with just the right amount of indignation, the author/poet/artist has developed spine made of stainless steel.

Before we get down to Rupi’s awesome book of poems, Milk and Honey (Andrews McMeel Publishing), we have to talk about how some months ago this Bramptonian unwittingly stirred a hornet’s nest on Tumblr, Instagram and Facebook.

A series of photographs on menstruation was what caused the Internet to go into a tizzy. One of the images showed a woman lying on a bed in period-stained clothes and bed sheets. The photographs were part of a school project that challenged students to study the impact of images/art and their interpretation in different social media platforms. By wading into a taboo subject (period) Rupi bore the wrath of ignorant trolls who couldn’t stomach the discomfort. She still doesn’t get why this normal biological process has to be kept under wraps and discussed in hush-hush tones.

Instagram pulled her photographs–twice– saying she violated its guidelines. Undaunted, Rupi took the social media giant to task. In a scathing letter she wrote:

“I will not apologize for not feeding the ego and pride of misogynist society that will have my body in an underwear but not be okay with a small leak,” she wrote in her Facebook post. “When your pages are filled with countless photos/accounts where women (so many who are underage) are objectified, pornified and treated less than human. Their patriarchy is leaking. Their misogyny is leaking…”

Rupi –not unlike so many others featured in the Toronto Desi Diaries– is courageous enough to call out the bigots, the misogynists and hypocrites, but she doesn’t deliver her actions armed with a metaphorical bullhorn. As an artist she has a quiver of potent tools: written/spoken word, drawing and illustrations, poems and photographs.

Her book of poems, Milk and Honey is one such sharp-edged arrow in the quiver.

“My intent was not to disrupt the space,” Rupi told her mom at the time of the uproar over the photographs. “If I am going to disrupt, then it’s going to be for something progressive and positive. I know these moments are crazy, but when you look back at it 20 years from now, talking about periods will be normal and my kids and their kids will wonder why I got all this attention?”

Milk and Honey is divided into four chapters and deals with sexual abuse, love, loss and healing. Rupi’s words question everything: Body hair, periods, sex, love and lovemaking. Her observations are astute.

“Milk and honey are medicinal in our culture,” Rupi explains. “I made a reference to them in a spoken word event and loved the analogy. To me, they represented resilience and strength.”

The event she’s referring to happened in 2013 and afterwards Rupi remembers creating a Word document titled Milk and honey without a clue on what the page would hold. Slowly, but surely, the poems emerged, one by one.

“As woman of colour, I think it’s such a battle to be a woman,” Rupi said. “Sometimes I sit back and think about it. The fact that women in Indian survive birth to me means we are already lottery winners.”

Perhaps, I don’t deserve nice things/ cause I am paying for sins I don’t remember or this one (my favourite) or how about this one? Our backs tell a stories/no books have the spine to carry ~ women of colour 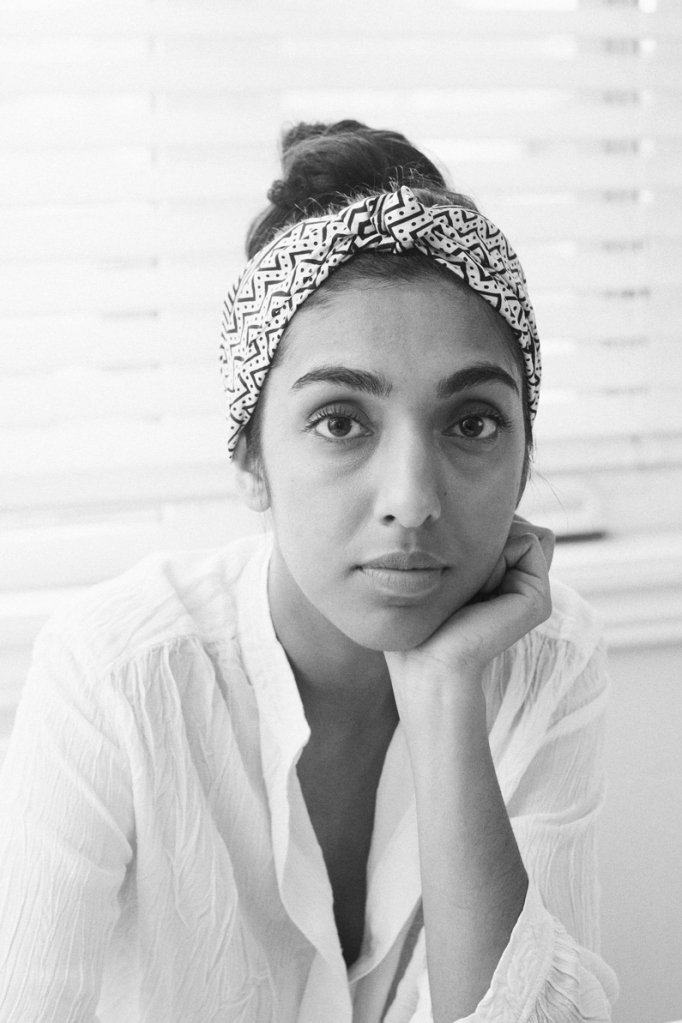 The book is pure poetry and forces the psyche to delve into the fathoms of the words.

“Sexuality is very important in the Indian context,” she said. “Take rape for instance, we are one of the communities that have the hardest time accepting rape because we are told over and over again that topic is only to be discussed behind closed doors.”

Just as they began flowing, one day the torrent of words stopped. And just like that, Rupi knew this journey of verses had concluded.

When Rupi’s art received backlash, coincidentally, she gained a whole flock of supporters as well. Her cheerleaders continue to walk and support her.

Milk and Honey is available in all leading bookstores and can be purchased online as well at www.andrewsmcmeel.com or www.rupikaur.com.

One thought on “Rupi Kaur’s book of poems, Milk and Honey, is insightful, provocative and real”