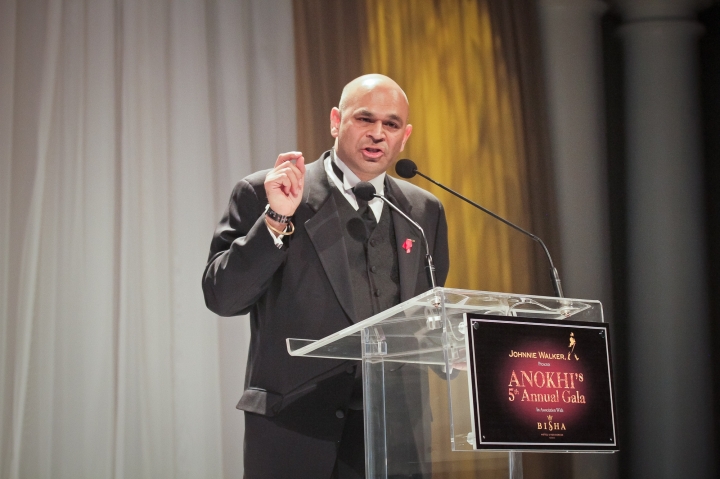 Jake talked about his childhood, spirituality, love of his life (hint: he has more than one), relevance of hyper-local news, success and more. In the interest of space, I have just picked a few.

Some months ago, Jake, one of his colleagues and I were the sole occupants of a media table at a gala event. Our table was wedged between the sound system and the back wall.

At one point during a tedious speech, Jake nonchalantly broke into a song (fortunately, no one could hear his rendition of the slightly off-key Hindi song). Suffice to say, the evening was anything but boring.

Then dinner was served and our table became the VIP one because Jake knew the banquet manager, the wait-staff and everyone else that actually mattered. Dessert was this gooey mouthwatering chocolatey concoction Jake refused because the sweet was garnished with a mound of marshmallows (ingredients include animal protein) him being the staunch vegetarian.

So, let’s rewind the film on Jake’s life, shall we? 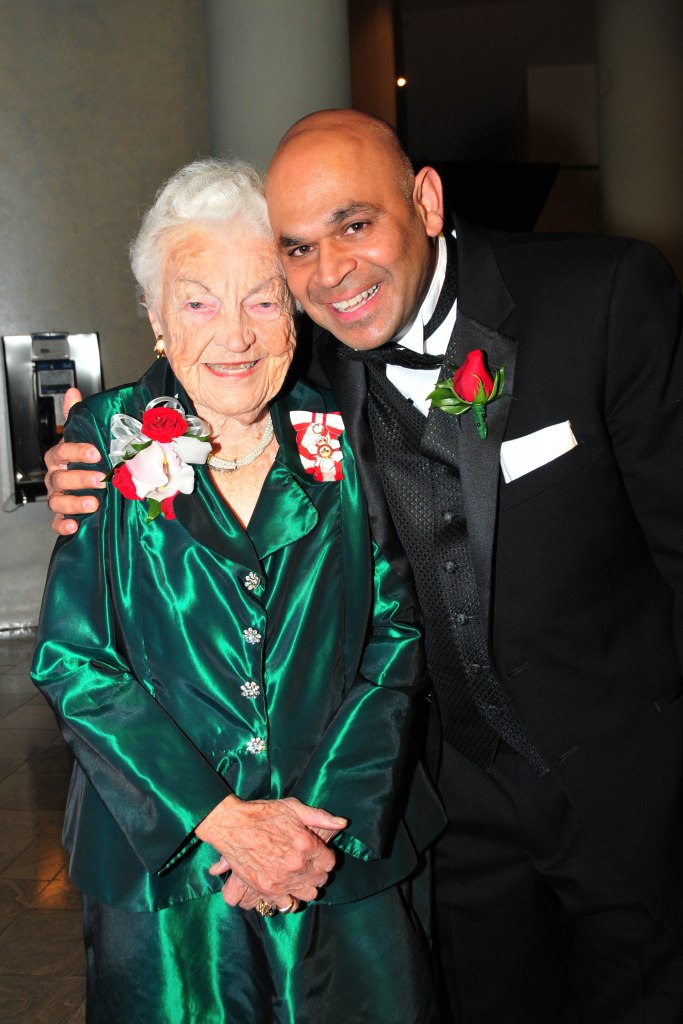 Childhood: The celluloid version
Jake’s parents, Ramesh and Gulab, moved to Uganda from Moga (Punjab) shortly after Jake was born however he stayed in India with his grandparents and joined them when he was eight years old. In the early ‘70s when Idi Amin, the dictator, imposed his economic war agenda, the Dheers fled and arrived in Kitchener, Ont.

Jake’s father, a civil engineer, was a visionary businessman. He purchased a theatre and screened Hindi movies on weekends.

“Since my parents were busy eking a livelihood, they did not have time to enroll me in swimming or guitar lessons,” he said. “We children basically fended for ourselves and developed a sense of independence that included me taking on a paper route.”

Kitchener was where the filmmaking bug bit him. Since the theatre was a family affair, Jake was privy to the world of celluloid through osmosis. He wrote and created posters, cleaned halls, manned the concession stand and occasionally became a projectionist.

That theatre also allowed him to get front-row seats to cinema and watch Dev Anand cavorting around trees and Amitabh Bachchan single-handedly beat the bad guys into a pulp.

“I saw how films brought the people and community together,” he said. “I also learned some invaluable business lessons and life lessons from my father. Things like art of persuasion and people management that one can’t learn in any management school.”

Besides Bollywood, Hollywood giants like Steven Spielberg and Francis Coppola influenced the teenager who happily straddled desi and Canadian cultures with ease.

Spirituality: When karma met dharma
When video killed the theatre, Jake joined a national video chain and managed their store. That was his first real job. This led to other sales gigs like selling ads, water filtration system, managing a restaurant and more. All jobs required people skills, something that Jake has in spades. He was hardworking and a quick learner. So, he steadily rose up the ranks.

Then, in 1990, after the restaurant franchise he worked for closed shop, Jake decided to visit India. He had not been to the country of his birth for 21 years. He travelled to the foothills of the Himalayas and lived with his grandparents in a remote village.

“God puts people in your life so you can learn from them,” Jake says of his visit. “The village where I lived had no access roads and it was in a deep valley. Having nothing much to do, I began to read the Bhagvat Geeta (an ancient Indian spiritual text). I had so many ‘aha’ moments. “As I read and understood the words, many things fell in place. It all made sense. I realized your karma is important and once I do my karma, I have to leave the rest to God.”

Jake reads the sacred Hindu text every week. Not just that, he incorporates the principles in his personal and professional life.

Love: What a feelin’
The other equally significant “Geeta” in Jake’s life is his wife of 22 years.

Jake and Geeta’s love story is filmi to boot. So as the story goes, Jake’s parents wanted him to get married and on their trip to India checking out potential candidates, they met the youngest daughter of a family friend they liked and hoped Jake would too.

So, Gulab and Ramesh shot some video footage of the girl and mailed it to their son for approval. When the cassette arrived, Jake set the unopened envelope beside the figure of a deity in a temple in their home.

A month later, the would-be groom, flew to India for his arranged marriage. In India, during a rainy monsoon July, Jake recalls travelling in a palanquin (usually reserved for the bride) through the Himalayan foothills to reach Geeta’s house for the wedding.

Decked in wedding finery and weighed down by a heavy garland with a pendant of Lord Krishna that reached mid-thigh, Jake’s procession set-off. A few kilometres down the road, the groom desperately needed to pee. He whispered his dilemma to a cousin who led him behind an outcrop of rocks and asked him to do his business.

The task was easier said than done because the pajama (chudidar) Jake was wearing had drawstrings that needed some expert maneuvering. Then, the hapless chap had to hold the heavy garland and lift it out of the way of the stream of urine. And above everything, there was the fear of passersby chancing upon the odd sight of an awkward groom trying to relieve himself!

BTW: This incident was way funnier when Jake described it.

Anyway, when Jake finally laid eyes on Geeta—during the ceremonial exchange of garlands — he was smitten. With a wink and thumbs up to his father, he continued to perform the rest of the rituals with a happy grin.

Jake fell hook, line and sinker with his bride with whom he had not exchanged a single word. 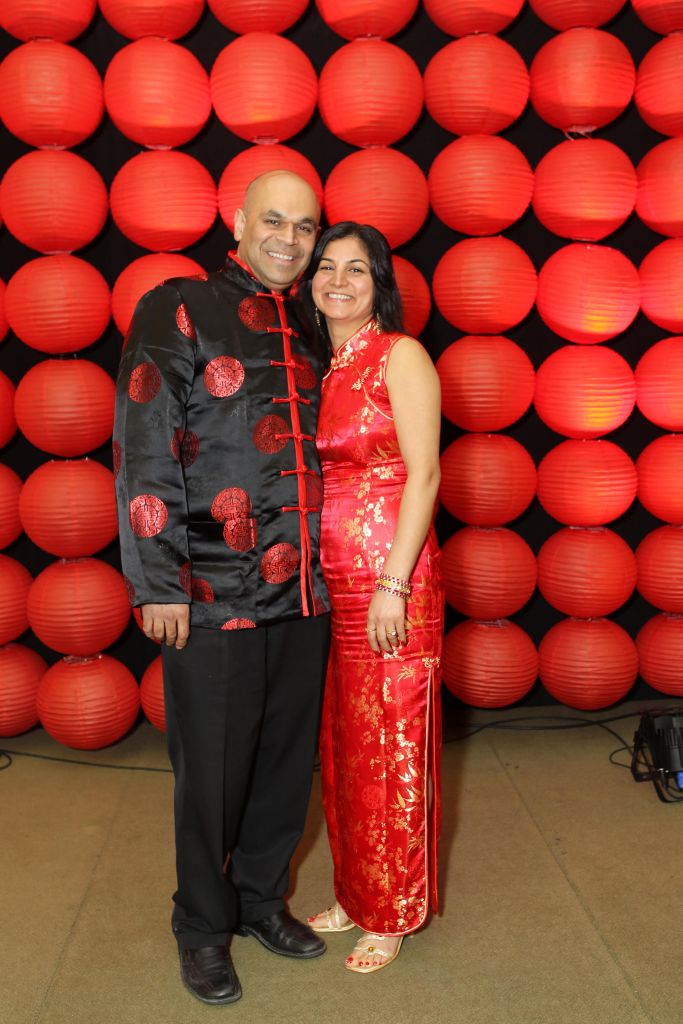 “I was overwhelmed by the fact that here was a girl who was willing to travel thousands of miles to be with a man she didn’t know and to live with him in an unfamiliar world purely based on the act of simple faith,” Jake said. “I knew then that this woman would stand by me thick and thin. I remember thinking; who am I to judge anyone’s outer beauty when their inner beauty is so pure and radiant?”

Note: Jake teared up when he spoke about Geeta. Jake incidentally has another love – Canada. He loves the country to bits. “Where else can you get the best of both worlds—India and Canada and embrace both,” he asks. “This country allows you to do both, I love Canada for that.”

Over the years, Jake has received many awards, accolades and recognition for his role in media and his  extensive community activism. He was the Mississauga Citizen of the Year in 2005.

Jake lives in Mississauga with his parents, Geeta and their two children, Sonia, 20 and Arjun, 14.