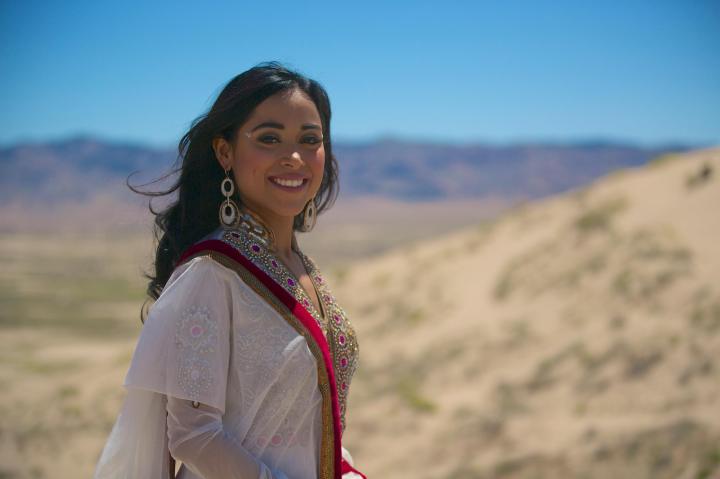 So, why has this talented singer/composer has chosen to not move to Mumbai and pursue Bollywood? Read on to find out.

Shweta’s just-dropped single Rasiya clearly plays to her strengths: her training in Carnatic and Hindustani music, her musical IQ and ability to single-handedly shoulder the composition.

“I have been told I have a different timbre to my voice and that I should make sure the instrumentation does not overpower my vocals,” Shweta said in a telephonic conversation recently. “In Rasiya, I went with something that had an acoustic feel to it…it’s a song that can very easily be placed in a film.”

Playback singing has its moments

To cap off on what’s been an exciting few weeks, Shweta’s rendition Mella Mella (composed by Ghibran) in a just-released Tamil Sci-Fi film Mayavaan, has been garnering attention.

This desi singer has experienced several note-worthy moments in her career: she has won several coveted singing competitions. The prize of one included a  personalized music lesson (via Skype) with Shankar Mahadevan, an opportunity to share the stage with Salim-Sulaiman during the Toronto IIFA Awards, singing with/for Ayushman Khurana, flawlessly rendering the national anthems of both, Canada and India during PM Narendra Modi’s visit to Toronto and more. So much more.

Yet, Shweta prefers to live in Canada and travel (if necessary) to India and other countries. She’s somewhat reluctant to chase the limelight. She would prefer, it (limelight) came calling for her talent.

It’s well-known music labels, studios and producers, all profit on the backs of talent. Ironic, isn’t it? When you consider the pivotal role music plays in Bollywood films. I know for a fact, artists spend hours hopping from studio to studio clutching demo tapes and flicker of hope in their hearts. It’s a long and lonely path.

Music as a calling

It’s a game Shweta doesn’t want to play. She would rather spend her time in front of a mic or collaborating or composing with like-minded individuals. 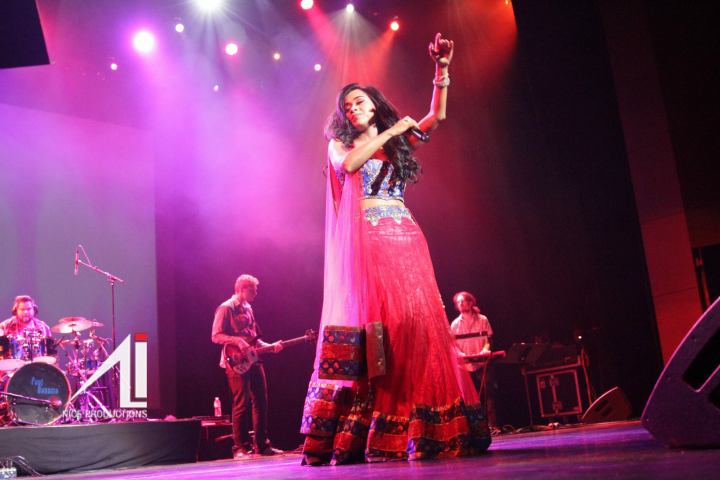 “When I was in India (recently), I did go to studios,” she admits adding it wasn’t really her cup of tea. “Kudos to people who can sit (in the waiting rooms of studios) for hours on end. I have realized talent alone is not enough to succeed within the Indian music industry. It’s whom you can please…I cannot pretend to be someone I am not.”

Oh, wait, what? Did you say, Sunny Leone?

Shweta has provided the background score for Netflix’s Mostly Sunny, a film on Sunny Leone, a Canadian, making her mark in the Indian film industry.

“It was a great opportunity for me (sitting here in North America) to get a call from the studios asking if I had anything,” Shweta said. “I believe it’s kismet, having the talent, and being prepared to deliver when opportunity knocks. It’s more than being in the right place at the right time…”

But, it was a chance meeting with The Piano Guys that launched Shweta into the stratosphere. The Piano Guys, the superstars of social media are a band of musically driven men, who in their attempt to market pianos in rather unconventional ways, ended up creating a powerful brand.

The hit of all hits

So, The Piano Guys approached Shweta and asked her to compose/sing what was an Indian music inspired cover adapted from Swedish House Mafia’s tune Don’t You Worry Child.

“The response, reach and reaction to the video was phenomenal,” says Shweta. “The video launched my credentials, not just to Indians, but world over. In 2015, I performed at the famed Carnegie Hall and it was an absolute-dream-come true…”

Shweta’s work ethics and talent appears to have impressed The Piano Guys.

“Shweta immediately stood out to us – her smile was so genuine and contagious,” say The Piano Guys, in their website. “She naturally emitted such an amiability in her stage presence that we were drawn to her performance. Her voice effortlessly depicted an Indian classical vibe while still being completely accessible.”

In the coming months, Shweta will be releasing more singles and doing what she’s best at—making music.

After my chat with Shweta, I realized: Fame isn’t what happens to you in Bollywood alone, sometimes, it’s what you become when you stay away from it.