What: Bollywood Monster Mashup (BMM) does Brampton, a comedy/music evening

Laughter has a colour

“My child’s a stand-up comic and we are so proud of him/her,” bragged no South Asian parent ever to another or a relative back home.

When this motely group of South Asian comedians grab the mic at MonstrARTity’s comedy and music night in Brampton, you can bet your last loonie, their side-splitting accounts will be embellished with cultural references, parental snafus, arranged marriages and ethnic jokes.

Ben Mathai, a teacher and well-known stand-up comic and actor/writer/comic Amish Patel will lob laughter bombs made from cultural quandaries and quirks. Their mimicry of relatives or a friend’s mother/uncle will most likely take over narrative at some point and send you toppling over the edge of the seat. 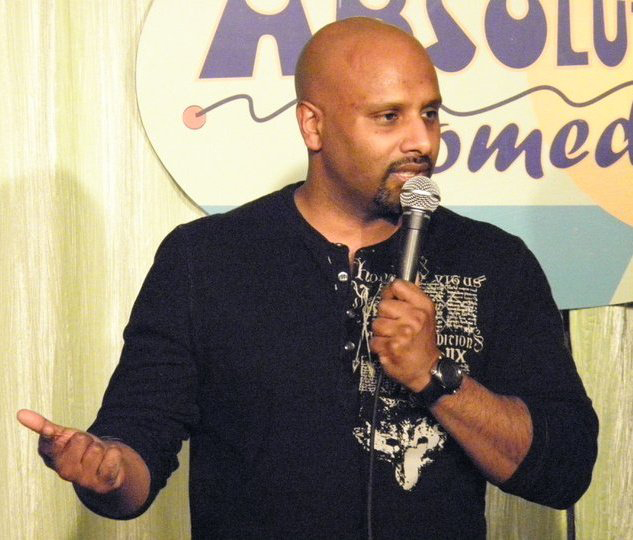 A word of caution: somewhere between the mirth and madness, there’s a pretty strong chance a performer, may go into labour. Crystal, who has the distinction of being the first Indian woman to headline the prestigious Kenny Robinson’s Nubian Disciples Of Pryor Comedy Show in Toronto, is heavily pregnant, I am told.

Buckle up and enjoy a chuckle-filled evening.

Cost of tickets is $10/person in advance and can be purchased online or $15/person at the door.

If a white kid wanted to go to clown college, his parents likely wouldn’t bat and an eyelid. They would gift him a clown kit for Christmas. A desi kid’s life is just the opposite. It’s a rollercoaster ride fluctuating between emotional blackmail, followed by periods of stony silences by parents.

Brown kids suffer through years of medicine/engineering/MBA lessons, stifling their creative voices, just so their parents can get bragging rights with Mrs. Sharma.

Take Amish for instance. He’s an aerospace engineer, but he has moonlighted as an Uber driver and dabbled in other odd jobs just so he could pursue his comedic endeavour, much to the horror of his Gujju parents. 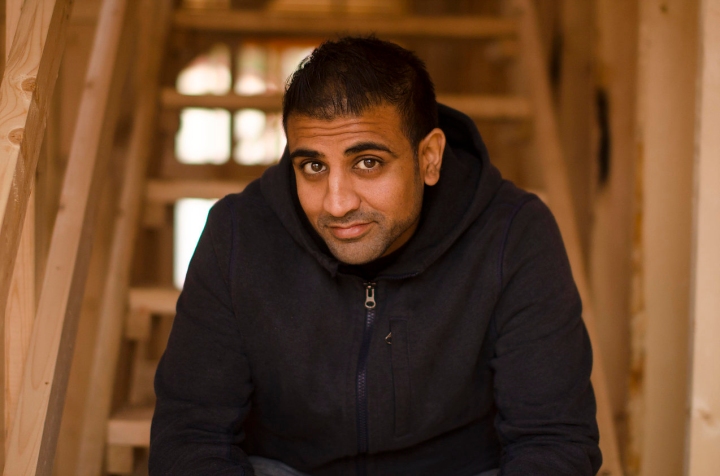 “The thing with brown people is: we’re oppressed by our parents,” Amish says. “When I was in my 20s, I wouldn’t even answer the phone when if it was my mom on the line, especially if I was on a date or something because my Mom would insist on knowing everything…”

As the youngest of three and the only boy, his parents pinned all their hopes and dreams on their heir. They hoped, he would take over the family’s catering business and follow the herd with: a stable job, marriage and kids, preferably in that order.

“I have not fulfilled any of their expectations,” Brampton-raised Amish announces nonchalantly.”

Amish’s stand-up routines on arranged marriages, big fat desi weddings, parental pressures are a huge hit because his insights are spot on.

“Being a brown comic helps me,” he said. “My training wheels are finally off. Unlike white comedians who have to dig deeper into their lives to come up with stories of oppression, we (brown comics) have so much to tell.”

Amish, who’s in the mid 30s says he has developed a thick skin. And as he thumbs his nose at expectations and approval, this engineer/comic/entrepreneur has been leaving a trail of laughter in his wake.

That, hopefully, will be his legacy. Check out Amish’s sketches here.


Movin’ Cool, a local hip-hop group, consisting of emcees B Magic and Noyz, and producer/DJ Dusty, will amp up the music on July 16. Other artists that will elevate the event’s status include Selena Dhillon, a soul, jazz and hip hop musician and Daysdeaf, a music artist whose organic and electronic compositions are making people stop and listen. For tickets and information visit here.