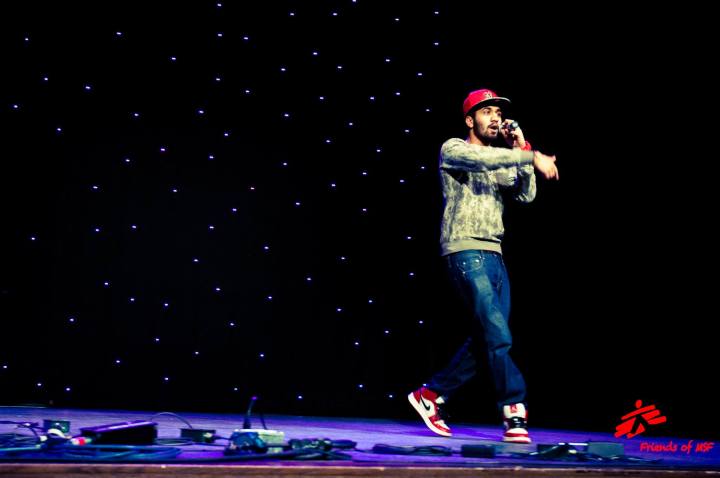 Toronto Hip Hop musician Spitty is making quiet waves for his music. The rapper tackles social issues such as mental health, addiction and teenage pregnancy in his music.
Supplied photo

Most Hip Hop musicians wear a “bad boy/bad girl” vibe like an accessory.

So, when a shy and polite Lankesh Patel agreed to share his passion for that genre of music, he was a far cry from the in-your-face musician, I imagined he would be.

When I say “Lankesh Patel” what does the name evoke? It probably elicits an image of a good-looking Gujju lad probably studying a STEM ( science, technology, engineering and mathematics) program, juggling long-hours at a summer job to pay for his tuition and importantly, a dutiful son on his way to fulfilling the modest dreams of his immigrant parents.

Now, I urge you to scratch the surface. Spitty, an immensely talented, hip-hop artist with a natural flair for music, will emerge. Spitty sports a beard, wears a ball cap, black tee and nondescript jeans, mercifully not a sagger. The silver chain around his neck could pass off as bling, but even that is not an overt symbol.

Then as you listen to his music, Lankesh quietly and completely disappears. The torrent of words— stringed in a rhythmic beat— escape Spitty lips like gallons of water gushing out of a pipeline. This kid was definitely born to rap.

“Whenever I meet people and have to tell them who I am, I don’t tell them I am a computer science student, I tell them I am a rapper,” he said. “I don’t enjoy anything else as much as I do rapping. That’s who I am.”

It was during elementary school that Lankesh found his inner rapper. He recalled how he would have a spring in his step when walking to the bus stop because he rapped the entire distance.

“Poetry and rap are very similar, yet different,” he said. “Whenever we had to do artistic writing in school, I got good grades, so I figured if I could write, I could probably make it into a song.”

Unlike the profanity-laced verses of well-known names populating this genre, Lankesh’s lyrics are PG, but that doesn’t mean he doesn’t push the envelope.

Take for instance his latest video— Life— shot in fabulous Toronto where he talks about prostitution, pregnancy and what not.

Everybody’s out here struggling, we all grew up in our own way, cause life ain’t never nothing fair…

“In (Life) I tried to write lyrics to depict the sadder aspects of life, but at the same time create a song and video that enforce positivity and appreciation,” he says. “I just hope this video/song helps people take a minute to appreciate what they have and maybe think about how they can help out others.”

Similarly, in his song, Brampton, he pays ode to his hometown B-town. After the song and Lankesh’s story were featured in the local newspaper (the one I work for), city officials invited him to be part of Canada Day celebrations. In the video, Spitty pays homage to all famous Bramptonians and they include: NBA stars Tristan Thompson and Anthony Bennett; stand-up comedy king Russell Peters, super-funny and Superbad Michael Cera and others.

When I pointed out to the absence of heavy-metal bling on his body, Lankesh-the-good-kid shyly smiled. I figured, neither the bling—or the sagger— would have gone well with his parents, particularly his grandmother, who driven by absolute love for her grandson can be coaxed into listening a rap song or two, but strictly Spitfire music only.

“To this day, I have never sworn in a song,” Lankesh said. “I have never talked about sex or violence, although I talk about stopping violence. My music is about who I am and since I am not in a gang and I don’t do drugs, I don’t talk about those things…”

“When I first started, I didn’t even know what to tell my parents, so I didn’t tell them anything,” he said. “Eventually, we had contests in schools and I always entered these. I used rap to make the videos creative. When I started winning the contests, my parents were okay with it. Though, I don’t know if they know what I am saying in my videos…”