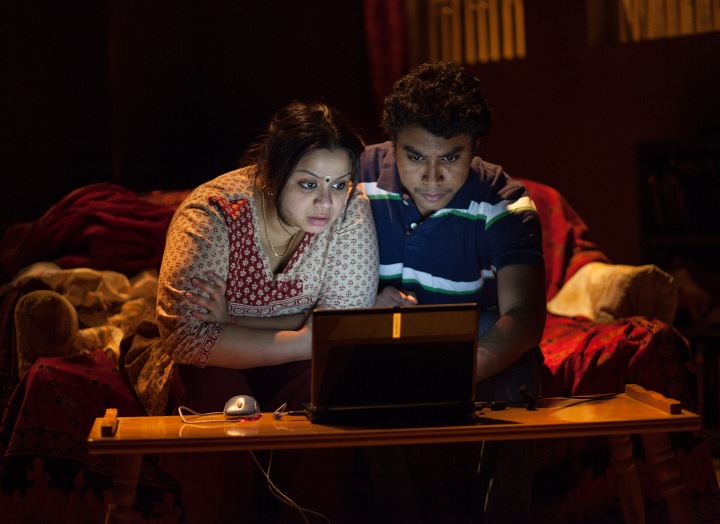 On a recent Sunday, as I watched the plot of Anupama Chandrasekhar’s play Free Outgoing unfold in front of my eyes, I couldn’t but help shudder at the “what ifs”.

As a super cautious user of social media, all my actions are governed by the sobering thought that this seemingly innocuous technology has wrecked lives, ruined careers and even helped usher in a revolution or two in some parts of the world.

Free Outgoing is a wake-up call to parents of all teenagers. The 90-minute saga aptly exposed the double standards of a society that has no qualms whatsoever about verbally and psychologically lynching a young girl for her naive curiosity, while the boy, who I felt was equally culpable, went scot-free.

Here’s a bit of a background on the play’s genesis. In 2004, two students from a public school in New Delhi, India, filmed themselves having sex. The video of their act went viral. It wasn’t long before all major newspapers and television networks decided to cash in. The (multimedia messaging system) MMS scandal as it came to be known, fed the baser instincts of an entire nation and kept them riveted. At every opportunity, the so-called moral gatekeepers of Indian society chimed in with their viciousness. They ostracized and condemned the young girl and her family. For weeks, the girl’s family sat trapped in their apartment because an angry mob and a ruthless media stalked them.

A year later, Indian society’s blatant hypocrisy came to the surface yet again, when a well-known Indian actress (Khushboo) penned a newspaper column in which she urged all folks, including unmarried women, to practice safe sex. In Chennai, a city in India, steeped in so-called traditional values, Khushboo’s words caused a moral tsunami. 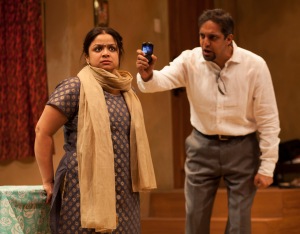 Chandrasekhar, a business reporter from Chennai channelized her indignation into crafting a compelling play that exposes the sexual hypocrisy of Indian society.

“Free Outgoing was very loosely inspired by the two much reported incidents in India that outraged me,” explains Chandrasekhar, in the playwright’s notes. “It became quite evident that in cases where a girl/women’s sexuality is under social scrutiny, the penalty she and her family have to pay is quite out of proportion to the act committed.”

Kelly Thornton, artistic director, Nightwood Theatre—who directed the play here in Toronto — said she heard of Free Outgoing in 2007 when it premiered in London’s Royal Court Theatre. The theme connected with her on many levels.

“The world of the play sits on the precipice of technological blast off where now Twitter, Instagram, smart phones and sexting are much more than just part of our vernacular,” said Thornton. “We have created a world where lives can be changed overnight. Indeed technology is the great colonizer of our time, changing societies so rapidly that its effects are still relatively unknown. In many ways, it’s still a wild frontier…”

What disturbs me as a media professional and a mother is that success of any social media endeavor these days is gauged on an odd barometer—whether the image or idea went viral or not. The danger of this is, some important messages get diluted or are not heard because they did not feature a cat playing a piano.

Free Outgoing’s relevance, I realized is not limited to India, its central theme will eerily resonate with Canadians as well. Remember, Rehtaeh Parsons, a 17-year-old who took her life after being raped, then bullied on the Internet? What about Amanda Todd? Amanda, 15, committed suicide in her Port Coquitlam home because of the bullying she endured online after a topless picture of her was shared via social media.

I believe Free Outgoing should be shown in schools and other educational institutions as a public service message, because god knows, our children are oblivious to the danger of social media.

In my next blog, I will feature an interview with Anusree Roy, who played the lead role of the mother (Malini Haridas) in Free Outgoing. Stay tuned.